Meet your new instructor: Aaron Franklin, a Central Texas barbecue legend. In your first lesson, the award-winning pitmaster takes you inside his famed restaurant, Franklin Barbecue, explaining the techniques and recipes you’ll learn in the class.

[MUSIC PLAYING] AARON FRANKLIN: My favorite part about barbecue might actually not be eating it. I think it's the process and how we get there. Even as a kid, I could sense the amount of love that went into this food. And that's the premise of barbecue. It's like, you cook with your heart. You pour your heart and soul into this thing. You make it as good as you can. And even if you fall short, it almost doesn't even matter so much as the spirit that's behind it and the soul that that represents. I feel incredibly honored to be able to run a restaurant that people line up for hours and hours and hours. It's just a piece of meat, and it's just fire. Nothing special. But it's the journey of how you get to the end, and then it's the conversations that you have to have at the end of it. That's barbecue for me. It is part culture, it is part process, it is part food. It's real soul food. It really means something. Really, what I want to be able to teach through MasterClass is the way that I think about barbecue. I've never really gotten to do this in this level of detail. When I go through the restaurant, and we've got new cooks starting out, we sit there, we stare at fires. I'm like, pick up this log. What does it feel like? What do you think it's going to do? I quiz people. So I'm going to teach you exactly like I would train someone at Franklin Barbecue. How do you pick up a piece of wood? How to look at a fire, how to pick up a piece of meat and know exactly what it's doing-- that's what you're going to learn. In this class, we're going to look at firewood. We're going to learn how to build fires. We're going to learn how to maintain fires. We're mainly going to talk about long-cooked barbecue, but we're also going to talk about grilling, because that also requires live fire cooking. We're going to cook pork butt. We're going to pull it. We're going to cook some ribs. I'm going to show you guys how to cook a brisket from start to finish, really get down to the details of how to trim, how to wrap it, and then at the end, slicing it. And just be prepared to make mistakes. It's totally OK. It's just about learning. I'm Aaron Franklin, and this is my MasterClass.

The art of smoke and fire

Aaron is a Legend and I've learned so much from his talks and I'll rewatch them! 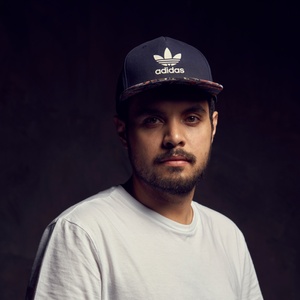 Well shot and well executed. truly felt like I was a solo student. Kudo's

Made me wan to cook brisket and eat lots of it. Truly an historic piece of meat and cooking style. 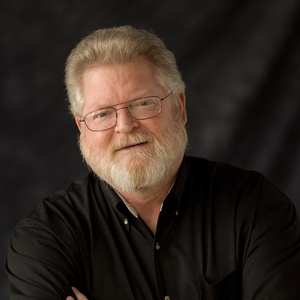 This introduction made me hungry for BBQ, can't wait to actually try and succeed down the line

in the first lesson video they pour liquid over beef ribs and i guess an brisket but what is the liquid they use?

Ordered single class for $90 and they still charged my card $180 just for Aaron Franklin class.

Aaron, You are a fabulous Pitmaster and maybe even a better teacher. Love the class. One ask, could you add a segment on making burnt ends your way? Would complete the perfection you present. Thanks

I love the lessons. I picked up a 120 gallon horizontal propane tank to try to make an offset smoker. Are you going to do a class on a pit build with plans?

I just finished this lesson and am very pleased; information was fantastic, superb video and Aaron shows that is is truly a master at his craft. Now I can’t wait to try another brisket!

Loved the whole course, and gave me a new way to prepare ribs and brisket. Excellent content, and learning to go into a cook with a plan!

This course was awesome! This course was what I was waiting for. Even if you don't like BBQ, watching and listening a master of his craft provides you the mind, the actions, the emotions and everything that goes to becoming a master of his craft. It definitely gave me more fire and inspiration to keep going and some things that I didn't know that I could apply in my business and life. It provides the strategies from a master of his craft. If BBQing is what you want and you have defined this as a craft you want to do, now you have the strategies and you know what's involved straight from the mouth from one that is where you want to be. Use this course and start taking massive action towards this craft now.

I'm only 3 lessons in and I feel like I have learned so much, want to run out and buy some ribs or a pork butt, then later a brisket! The lessons so far are great and I feel like I'm in the back yard right along side, looking forward to the rest of the lessons! Hi you good people, I need to apologize in advance for what I am about to say. I know no everyone came here with peaceful intentions of becoming better at the grill and I truly assume that Aaron is good at heart. Having said that I need to speak my mind. I am deeply disappointed at the makers of masterclass.com for offering such a course. Everything about this page is about personal growth, whether it is about a craft or the mind and spirit in general. Everything about it is progressive and positive. The advocation and celebration of meat consumption is not. I am absolutely aware of the fact that meat consumption will remain the norm for years to come but to use this massively recognized and respected platform to spread a culture that is scientifically known to be an absolute catastrophe for our health, our environment and especially for animals is just shy of barbaric and disrespectful. I know it's a long shot and I am quite sure to be causing condescending smiles and even laughter with this request but: I kindly ask you to withdraw this course from your site as it contradicts any form of progressive direction and vision it so clearly tries to portray. In 5 to 10 years you will either be one of the pages and companies that went with where the money was or one of the few big - players who put values before the dollar long (or not so long) before the masses followed and started asking questions about who played which role in this topic. If anything, you have the chance to find the best of all vegan chefs and help spread sensible information combined with progressive thinking and empathy. Please be on the side of sense and compassion, just as you are with every other course you so wonderfully offer. (I don't know whether there is another course regarding this topic) Sincerely yours, Imad