Bob shares the valuable lessons he has learned from mistakes he’s made during his long career as a journalist.

Bob Woodward
Teaches Investigative Journalism
In 24 lessons, learn how to uncover the truth from the greatest journalist of our time.
Get All-Access

Mistakes are the best learning experience we know with children. And we know when we were children, when we blew it, made a mistake, and got caught or had to own up to it, or maybe didn't get caught, didn't have to own up to it, that that's part of learning. We made mistakes in Watergate. The mistake about Bob Haldeman controlling the secret fund. We said it was according to his grand jury testimony to-- the grand jury testimony of Hugh Sloan. We were wrong. The facts were right. Haldeman went to jail because of these secret funds. His control of them. And it turned out he had a $350,000 stash that he was controlling in cash for undercover operations. There was a secret fund. Five people controlled it. Hugh Sloan, the treasurer, said that Haldeman was one of those people, as Nixon's chief of staff, who controlled it. He had testified before the grand jury. We logically said, well, he said Haldeman controlled the fund. He testified before the grand jury. So therefore, he told the grand jury the same thing. What turned out is that no one in the grand jury-- the prosecutors or grand jury-- asked him that question. And it really showed the weakness of the investigation. But we made a mistake that we shouldn't have made. And it was one of the really bad days of my life. Bradley understood that, forgave it. But you know, oh, Jesus, how did this happen? What have you done? This was two weeks before the presidential re-election. It was a day-- another day, I thought and Karl thought, we both thought of resigning. And Ben's attitude was, let's stand by the boys, as he called us. And he issued a one-sentence statement. We stand by our story. The Janet Cooke story is something I think about a lot because it was a giant mistake, particularly on my part. Janet Cooke was a young reporter that we had hired, incredible writing skills. She did a lot of very good stories. This one was when I was metropolitan editor, 1980. She had a story about a young eight-year-old boy who she called Jimmy, who had been turned into a heroin addict by his mother and the mother's boyfriend. She obviously could not name the mother or the address, but she told such a convincing story. That she'd talked to the mother and the boyfriend and Jimmy. She wrote a 42-paragraph story called Jimmy's World. There was a whole question that some people raised that never really got to me about whether this was all true. We submitted it for a Pulitzer Prize. It won the Pulitzer Prize. And the day they announced the Pulitzer Prize, people started calling about her background, where she said, in her application, that she had graduated from Vassar College. Turned out she had not. There were other things in her resume that did not hold together. And we realized the high probability that she had fabricated the Jimmy story. And we ...

Bob Woodward was just 29 when he changed a nation. His Watergate reporting with Carl Bernstein helped expose the corruption of the Nixon presidency. Two Pulitzer Prizes and nineteen best-selling books later, the legendary journalist is teaching his first-ever online class for anyone who wants to find the truth. Learn to investigate a story, interview sources, and understand how the news is written. The next history-making story might be yours.

The personal insights especially those involving Watergate was worth the price of my master class. I shared a few insights with a new reporter and recommended this class. This was one of my favorite classes online! Thank you!

Freedom of information is a fundamental right. The touchstone to all freedoms. Journalism is the craft of the truth. A draft of history. 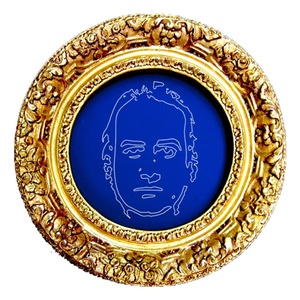 How to gather information that may lead to the truth. Who to interview & how to maintain integrity in all you do. This one of the best classes I've take. "Be a human being first" this class not only applies in journalism it also applies in so many areas of your life. 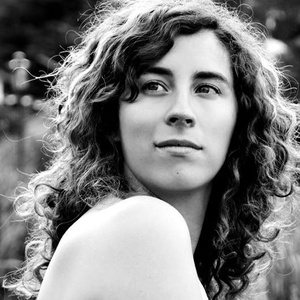 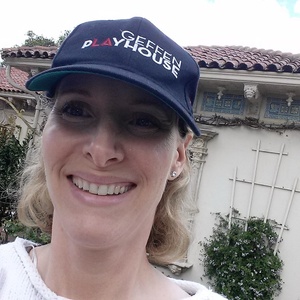 The Janet Cooke story was stunning in it's conclusion that the entire episode could have been avoided by their obligation to the child. Fascinating because of course I have heard about this infamous episode over the years, but saw it as an allegory for checking facts and backgrounds, not one's own morals. Bob Woodward is a fascinating and natural teacher. It truly is a gift to receive his wisdom in this class.

"Sources do not consistently give you good information. They sometimes don't know; there are sources that are quite reliable most of the time, but you need to check within an inch of your own life. Making a presentation on the belief, the conclusion by the CIA that Iraq had weapons of mass destruction, President Bush was kind of, 'Hey, I don't think Joe Six-Pack is going to buy that.' And the CIA director said, 'No, it's a slam dunk.' It was confirmed by a second person, a third person, a fourth person.; when I was interviewing President Bush, 'Oh yes, I remember that.' Tenet said, 'Oh yes, I said it - those are the two dumbest words I've ever said.' Now, if you don't have smoking gun intelligence, you don't have hard intelligence. I did not read and understand what I wrote in that story. I got it wrong, and I fault myself mightily for not carefully surveying what I was being told. You really can think you're on the right track, and be on the wrong track. Fundamental, lasting, never-ending lesson in journalism. I thought I was being careful. I wasn't careful enough."

"Mistakes are the best learning experience - we know with children, when we blew it, made a mistake, and got caught or had to own up to it, or maybe didn't get caught, that's part of learning. We made mistakes in Watergate. We were wrong; the facts were right. 'Oh Jesus, how did this happen? What have you done?' We both thought of resigning. Ben's attitude was, 'Let's stand by the boys,' and he issued a one-sentence statement: 'We stand by our story.' [Janet Cooke] told such a convincing story, she wrote a 42-paragraph story called 'Jimmy's World.' It won the Pulitzer Prize. People started calling about her background; there were things in her resume that did not hold together, and we realized the high probability that she had fabricated the Jimmy story. She finally acknowledged that she had made it up. We then had to eat the carpet, as they say - what Bradlee called the '100% grovel.' We';d make a giant mistake, she did apologize, return the Pulitzer Prize. It was a moral mistake. It's a great important lesson about journalism: if you're a human being and care about other human beings, as you should, this journalistic fraud never would have occurred. If you are a photographer in a war zone, and you see somebody shot, you have a responsibility to attend to them and help them, and then take the picture. Journalism is important, it rightly gets a lot of attention, but it is not higher on the list of human responsibility. And the human responsibility is, What about this kid? There's a cliche in the news business, 'Oh they're criticizing us, so we must be on the right track.' Sometimes that's true, sometimes that's untrue. If you get something wrong, own up to it - that's the hardest thing. But you can live with it and the remedy is FAA: focus, act aggressively - and listen. As a reporter, you need to be as introspective as you can. If it's just simply, somebody says they are misquoted or a date is wrong, you swallow hard and do it. But it's got to be done with the tone of, 'Hey, we made a mistake. We're backing off. We're sorry.' Rather than a rather churlish, 'Somebody is picking on us about something that's insignificant.' It's got to be somewhat confessional. 'This is what happened, this is how we blew it.'" 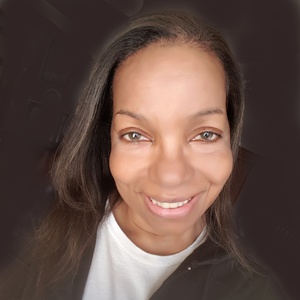 Mistakes can go unchallenged for a lifetime, even generations. As journalists, we must do everything we can to see that this does not happen or, at least, minimize the chances. It takes courage to say I got it wrong. I want that kind of courage and not always look for the other guy to point the finger of fault. I want the courage to own and to own up to my mistakes and say, "I got that wrong. Please forgive my mistake and allow me to set the record straight. I am human as well as a journalist." "Jimmy's World" and the subsequent Washington Pot's ombudsman report are very powerful. Is a must read for every reporter and every aspiring reporter. Uncomfortable situation for everyone involved. It was riveting reading.

You make a strong case to practice ethics in journalism and inform the public.

The biggest lesson I learned as a journalist is not to fall for the charming diplomats and ambassadors who often PRETEND to be my close friends, when they need me. Big mistake to become friends with your subjects. I had one ambassador from a Russian country who really wowed me until I later learned his country treats journalists and human right activists just horribly. govt officials throw these innocent people in prison just for speaking their mind? Then he kept offering me a FREE trip to his country and I politely thanked him and got the HELL out of there. LOL.

1 like
Bob Woodward
Teaches Investigative Journalism
In 24 lessons, learn how to uncover the truth from the greatest journalist of our time.
Get All-Access
Lesson Plan
01. Introduction02. Guiding Principles03. Finding the Story04. Students Dig Into Woodward's Interview With Trump05. How to Approach In-Depth Reporting06. The Reporting Challenges of Watergate07. Hunting Down the Documents08. Finding Sources09. Developing Sources10. How Watergate's Mark Felt Became Deep Throat11. Building Trust With Sources12. Growing Your Roster of Sources13. Students Critique Woodward's Interview With Obama14. Penetrating the CIA - Building a Relationship With Bill Casey15. Preparing for the Interview16. Conducting the Interview17. Navigating Interview Challenges18. Lessons From Editors19. Developing the Theory of the Case20. Writing the Story21. Polishing the Story22. Publishing Secrets23. Learning From Mistakes24. The State of Journalism