Aaron and the students continue to work together to break episode 501 of The West Wing.

OK, so I want to hear from you guys. I just want to hear your off the top of your head, unformed, bad ideas. OK? This is the time now for bad ideas. And feel free to reach outside the box. There is no reason-- we've done this several times on the show. And I like it when we do. There's no reason why this episode has to begin 2 minutes after the last episode. It can. That was my first thought. It can begin five years ago. It can be a flashback episode. If we hadn't done it already, and we've done it twice, you could cut back and forth between the campaign when everything's great to now when everything is terrible. But we did that with the top of season 2 with . Let me hear from you guys. What do you think so far? I have two intertwined story lines. So one of them is related to Zoe's boyfriend waking up and CJ and the West Wing crew finding out that his drug dealer is basically linked to this white supremacist group of, like, Christian fundamentalists. And they're trying to resurrect this group called the Covenant, the Sword, and the Arm of the Lord. And so they're basically-- That's a real group. That's a real group that basically went defunct in the '80s. So these are basically young Christian fundamentalists who supposedly have kidnapped Zoe. But they don't know yet that she's been kidnapped. They just know that this might be a link that I think Nancy McNally had alluded to at the end of season 4. So that's the information that they have right now is that they have this drug dealer. There's a supremacist group that he's linked to. And maybe they have Zoe. And then the other story is linked to John Goodman's character as the acting president. And the Qumari terrorists, or Bahji operatives. Have basically sent a video to the White House claiming responsibility for Zoe's kidnapping. And the footage basically shows a captured girl, who kind of resembles Zoe. But they can't confirm for sure that it actually is her. But going off of this video basically that is not leaked to the press yet, Leo and Glenn Allen Walken and the situation room, basically, are forced to decide whether or not to storm the place, because the CIA is located-- they pinpointed where this place is, where they shot the footage and where Zoe might be located. So the question is whether or not to stage this rescue mission, which may very well incite a war between Qumar, which is a US ally at the moment in order to save the president's daughter. There's a lot of interesting stuff in there. But I'm confused about one thing. They've got footage of someone who's going to turn out to not be Zoe. Right? Yes. But based on where this footage was shot, they were able to somehow recognize this place, which I buy. If anybody has seen the movie The Good Shepherd-- Yes. In that movie, there is-- and this is talking about te...

Aaron Sorkin teaches you the craft of film and television screenwriting in 35 exclusive video lessons. 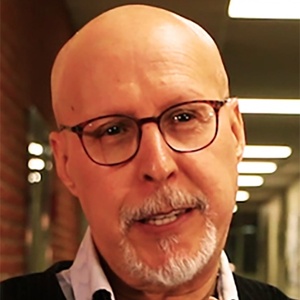 I found Aaron inspirational. Not that he said a lot that I didn't already know, but he says it well. And writer's room was fun. I loved it. I want to go through it again with my notes and Aaron Sorkin was as empathetic, intuitive, wise and puppy-dog enthusiastic as his writing often is. Thank you!

Aaron is a forthcoming teacher, whom I enjoyed learning from. Thank you for setting up this class. 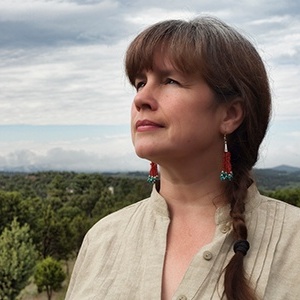 Wow, his prediction of Trump is spot on. Aside from that, I am really enjoying this writer's room conversation. His humbleness is a beautiful thing too. 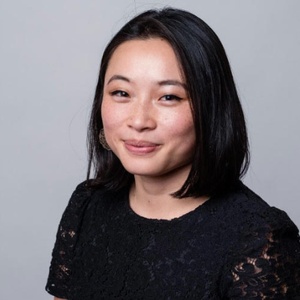 Hi everyone! Message from the MC Community team -- make sure you join Aaron Sorkin's Class Community! There you can discuss writing techniques and other class material, network with other students, trade tips and reviews, and stay up to date on class contests & activities. Link here: https://community.masterclass.com/c/film-tv/as-workbook Also, FYI! We recently launched a contest to win 2 tix to Sorkin's latest screenplay adaptation on Broadway, To Kill A Mockingbird. Learn more and enter here: https://community.masterclass.com/t/contest-win-tix-to-aaron-sorkin-s-latest-broadway-show-to-kill-a-mockingbird/35249 Contest closes this Sunday, Nov 24 at 10pm PT. Can't wait to see your submissions!

Accurately depicting the 2019 administration and T. It’s time to resurrect The West Wing—call it Wing Nuts???😎 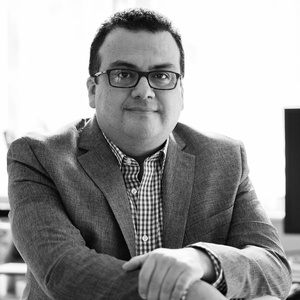 I find interesting how Aaron uses his own political views to pull threads of real-life events that give fiction some substance. I may or may not agree with him, but I definitely learned a lot from the exercise. I mean, the thought process is really how things happen in a brainstorming session for an advertising campaign. Thanks. 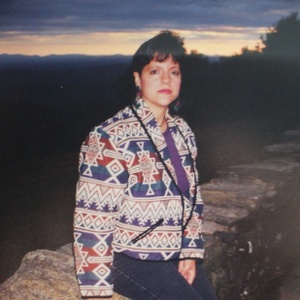 I have really enjoyed this video series but I think it's in poor taste to bring into the discussion our president and thoughts on the crisis they feel he is causing/or will cause. This webinar should be for learning about screenwriting period. Why does it bother me that someone mentions President Garfield who was assassinated at the end and Sorkin’s response about the scarf and coat is clearly about William Henry Harrison who died of pneumonia 38 days after his inauguration??

Confidential ...For your Eyes Only Trailer for Ian 2.0 Preface and Driving Inspiration. ..Being an avid reader of Ian Fleming Books and Film Adaptations of James Bond 007, I thought about first understanding, then righting the wrongs about this Storyline and the underlying Premises of Brass Knuckles, Intimacy Avoidance and who are the Good Guys really. I have been to Beppu in Japan, visited Ian Flemings Hideout Firefly in Jamaica, seen all his 007, read many of the Books by Fleming..and am awed by the strenght of the Franchise. After my life as an Attorney, I studied Life Ccoaching in Califiornia and most of my beliefs are turned topsy turvy after 9=11, after David Ike, (show 007 watching David Ike...lol).. I imagined that James Bond was getting older, reminisced, questionned his choices now and again and kind of was my Coaching Client and looked at reinventing himself. The underlying themes of the Movie is ''All you have is your Soul'' https://www.youtube.com/watch?v=CoNtYC_XDC8 and has Tracy Chapman s Song as one of the Melodies.Also ''Born to Die'' a Lana del Rey by Angelina Jordan https://www.youtube.com/watch?v=DNU-HcLuO_I played while I wrote this. I kind of ''channelled'' the Human Side of 007...so the auxiliary surface themes, peripheral themes of the movie are ''Human trafficking...every year xxxxxxxx kids disappear yearly '' , Human Transformation , the Deep State , and the transgender phenomena in a non judgemental way (ladyboy phenomena in Thailand). Location of main scenes. Glasgow U Convocation.. Bangkok, Thailand Plantations of Georgia or Louisiana Thailand Island of Ko Tao Japan Beppu ...flashbacks of James Bond Healing Forest Search of Missing Boy..flashbacks Swiss Alps..why there? Because the Money is there and it s beautiful..could be filmed in the Canadian Rockies,,also I like the idea of mixing Darkness and Light, Cold and Heat, Good and Evil , Physical Strength vs Real Heart Power, like the Painter I am. The quest of the Character that we all know is stirred at the Convocation when he runs in to his Paramour Ms Shagamotto and listens to the Convocation Speech of this Asian telecom Wiz-CEO who is a trans..turns out to be his son, abducted in his youth. It turns out that James Bond , after his son got abducted, attended Glasgow U but abandoned his studies to become an Agent , and follow the school of Hard knocks to become one of the top Agents M16. Recognizing his Japanese Paramour at the Convocation that he met in Beppu, Japan 35+ years ago stirs his Doubts and he decides to follow his Inner Voice and track the boy to the other side of the World. Bond was taken to his Convocation to accept an Honorary Doctorate or because his best friend s son is graduating. In his quest that takes him from Glasgow to Thailand to Japan to the Alps and ends in the southern USA, , Bond addresses his youth, flashbacks to his trauma and why he became Intimacy avoidant...lol. ..like many of us (its a social epidemic) , A Fractured Man in a fractured world...lol. .I like to go Deep. This may be in the movie but may be dealt in the movie only superficially due to lack of time. Bond also questions the Asian ethic and rise in Power and the idea of a Unipolar World that he has served so far. He realizes that there are other Truths out there than that imposed by M16. The Movie ends with Bond reconciling with his son , err daughter and going back to School to finish his degree and the Movie has two possible outcomes...a dead end one or the intro of his succesor, possibly his son err daughter, (when Sissies become the real heroes,) that he befriends at Glasgow U...keep the door open for a Sequel...lol..Sequel Money as says Steve Martin. Also, I am not clear if this should be all straight face or a spoof of the franchise like Sorkin meets Steve Martin ...a hybrid of sorts in a world of hybrid everythings. Hey, all that the two share in common initially is Good scotch. I think that this story could have Legs and traction..If you believe so, I am open to collaborate with you to make it happen. It s your Call. I am in your Masterclass and like your Approach and the treatment of the 007 topic by sane eyes, with a more human side appeals to me and I think it could appeal to many of his Fans. The question is if this should be a Broccolino 007 or a new Brand , just influenced by 007, as Austin Powers did. I have talked to nobody aboutb this story idea and am sending you this because I trust you. To your Greatness. PS. I like the Idea of Being the Change you want to see. Namaste Andre Ewert in Shawinigan, Qc https://www.facebook.com/andremtl123 Love Life Loud and Clear

I was all in until Sorkin went Hollywood Trumpbashing. Took the cheap shot so I bailed out. I didn't buy Masterclass for political ideology. To see different types of ideas being analyzed and debated is very good. Some things can be combined, others discarded and changed a little bit. Ittakes brainstorming to come up with something good for a team. When all characters are talking and dealing with each other the season is at its best.